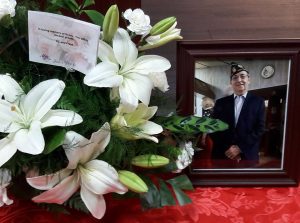 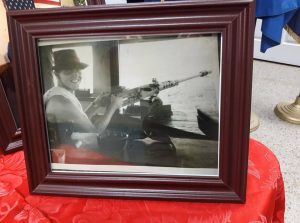 When I was in New York City recently, at a bus terminal, I was amused by a large affectionate statue of Ralph Crandon (Jackie Gleason) facing the New York Times building. Crandon, if you don’t know, was a NYC bus driver in The Honeymooners TV show. I thought to myself, “we should build something like this for Scotty in front of 92.” Scotty’s legacy will forever be the huge number of long-term members he recruited, the great times we all shared with him, and the deep love and belief he felt for the American Legion as an organization.

Scotty was a fixture at the corner bar stools, nearest the door, because he wanted to make sure he could greet people as they walked in. Later, he migrated to the font tables outside when they nixed the indoor smoking policy, lol…don’t think it was his favorite decision, but he went with the flow. “Welcome to Post 92, can I buy you a drink?” God only knows how many drinks for complete strangers over the years, but everybody was a potential member in his eyes and he wanted to make sure that we (the Post) got off to a good introduction. He loved people!

Scotty’s popularity wasn’t only limited to our Post. If you were going to hang with him, you better be fit for a full evening on the town. He was a celebrity in Hollywood, you couldn’t go anywhere without hearing “Hey, Scotty!” (even the gas station). You could walk up and down the Hollywood strip with Scotty and Robert DeNiro, and Scotty is the one they would recognize.

He was a dual member, Legionnaire (Army, Vietnam) and the S.A.L. Just about everybody I knew coming into the Post were introduced by Scotty, including myself. I don’t have his birth date, on hand, as I write this (will update later), but he was 69 and left us this past year in August, 2017. He held many officer roles over the years in both chapters, including 2nd Vice Commander, as a Legionnaire, when he passed. I won’t go into stories, as they are better told in person and there are way too many to choose from, anyway, but if I had to choose one adjective to describe Scotty….FUN.

We love you and miss you brother, thanks for the joy you brought to all of us!

One thought on “Year 70: Scotty Lavender”

This site uses Akismet to reduce spam. Learn how your comment data is processed.